Misha Bies Golas’s work is developed through objects found or brought from reality that, without giving up her identity, could be one and a thousand different things. Rather than represent, your job is to select and match objects outside their normal context. Objects that in the exhibition hall, once associated with each other, become strange, and may seem comical as well as hermetic.

In a grandiose way, the historical avant-garde placed the first point of its aesthetic program in the total cancellation of the distance between life and art. More modest in both the materials used and the gestures that articulate his strategy, Misha Bies Golas seems content to underline the radical inadequacy that mediates between life and art. Thus, the polysemy of the word “catalog”, used in the art world and also in the daily work of the tailor, serves the artist to play paradoxically with different formal structures that refer to a sample of artistic movements such as constructivism or minimalist painting and sculpture, on which the artist indirectly reflects.

Put to understand the operation of their work beyond the materiality they promise, it is worth remembering how things, once converted symbols, cease to have a unique meaning, depending on the context. Its meaning is, therefore, positional: as it happens in the series of assemblies that the artist use to play with the location and arrangement of things in space or, also, in the pictorial sets of apparent monochrome pictures that are in Actually notebooks hung like pictures or booklets of smoking paper.
In turn, the appropriation of texts that touch art and literature, from Mondrian to Beuys through Barthes, are many and heterodox. And despite its literalness, as with some titles of works that neutrally describe what they are, sometimes they are not so obvious, but work metaphorically, articulating a wink that suggests a joke or a visual gag. Establishing the difference between irony and humor has always been a delicate matter. You can be funny while being, at the same time, critical. The operation always takes place from a media economy like the one organized by Misha Bies Golas’ work. Few small objects and gestures guarantee maximum potential meanings. Jokes work on the basis of a condensation principle: the cleaner the elision operated between things, the lighter the action and the more unexpected the replacement, the deeper the dislocation that operates in our mind.

A curatorial project by Alfredo Aracil. 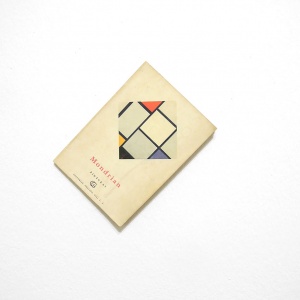 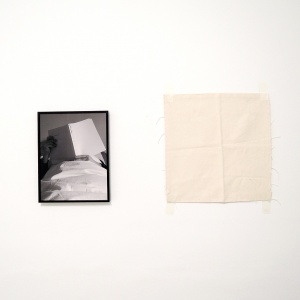 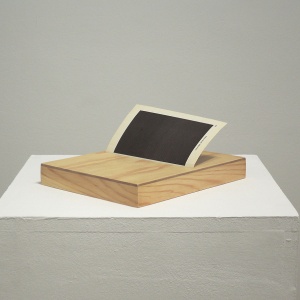 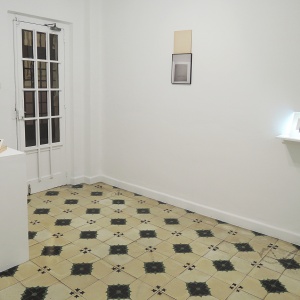 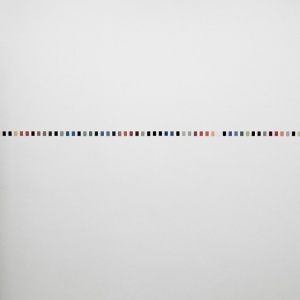 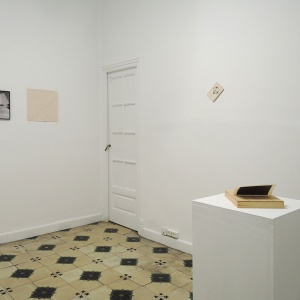