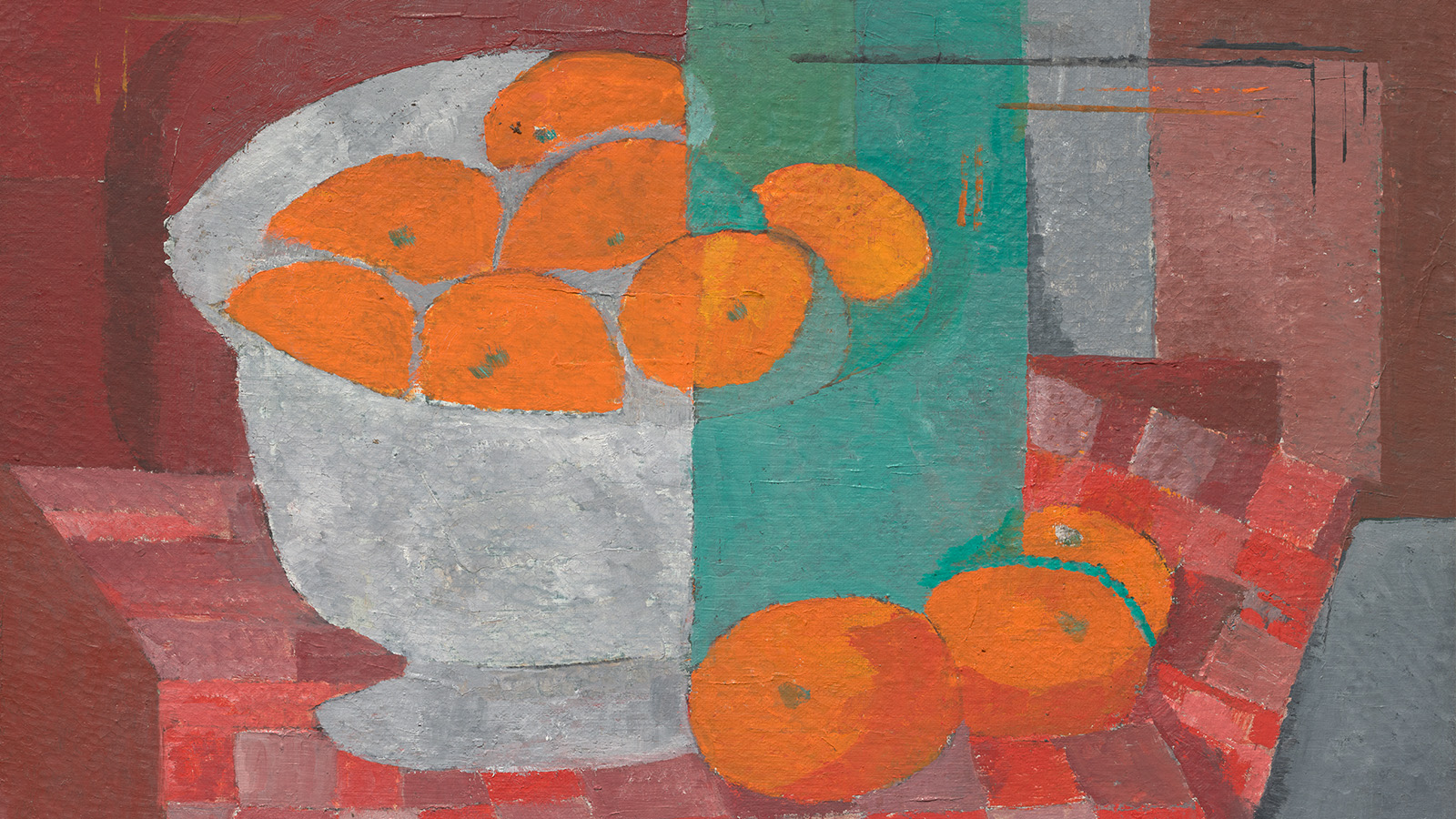 Guillermina Caicoya has no epochal prejudices. In its gallery they exhibit the most current artists of Asturian art, but now, beyond the generational differences, it presents the work of Mercedes Gómez Morán (Oviedo, 1926), a pioneering artist, awarded and consolidated over time. He has won the Medal of the Principality and has work in the Museum of Fine Arts of Asturias.

Although gender difference has never bothered her, MGM is a precursor and this fact should be highlighted because in these times of vindication of the historical role of women, speaking of the emancipatory role of Sarah Lucas or Tracey Emin is not relevant, but it is worth remembering those that preceded them. This 95-year-old artist with a cheerful face and an attitude as lively and witty as ever, deserves this recognition. It is easy to imagine the difficulties that a woman who wanted to dedicate herself to painting could encounter in the Spain of the fifties, let alone if her decision was to train in the Paris of existentialism, to leave her father’s house at the age of twenty with the determination to get to know André Lhote and the work of Jacques Villon. Social routine and conventions forced many of these early female talents to moderate their creative impetus, as their status as women dictated their supposed obligation to start a family, and many like MGM were forced to paint during those hours when the house and the city were silent. That is why such a long-lasting career, rich in works, can only be the result of perseverance that becomes a necessary condition, a symbol of the vocation and the need to paint.

Finally he was able to leave the country and in correspondence to his efforts he found a working methodology offered in 1954 by André Lhote (Borddon, 1885-Paris, 1962), theorist of Cubism and which has not expired with time. Her teacher immediately recognized the talent, vocation and enthusiasm of the young candidate and gave her special treatment among students who came to her “atélier” from all over the world. Influenced also by the work of Jacques Villon and the good ratio proposed by the Section d’Or group, all of her works use the same instruments: a structural study of form, the relationship between plane and volume, the good ratio, the analysis of colour prior to its application to the painting, as can be seen in one of her drawings which reads an annotation that reads: in the pupils and bowls. Yellow held equal to Prussian blue and white, pink shadows.” Seeing the color before its application on the fabric confirms to me the communion between the pre-vision of the project dialoging with the vibrant spontaneity of the result, which emanates strength, inspiration and intensity from the shape and color. This paradox of measuring and moving is also found in the use of a hidden geometry that is not old, the same one that has been operating for a thousand years (892-2021) in San Salvador de Valdediós, a place that MGM likes to frequent, and that allowed builders guided or illuminated by divine proportion to build one of the most precious jewels of the world. Asturian Romanesque.

Mercedes Gómez-Morán’s pictorial score is based on a clear identity that has remained as a continuum since her initial formation with post-cubism learned from her teacher André Lhote. Over the course of seventy years, as can be seen in the works of his first stage presented in this exhibition alongside the last ones, they demonstrate that he has been able to incorporate the value of subtle difference, infinite variations that do not alter identity. The persistence of immutable principles, the laws of the structure of form and colour are a secret that she knows well. Timelessness is possible when we understand that his art is like a skein of thread in which there is no beginning or end, there dwells the mystery of the eternally contemporary. 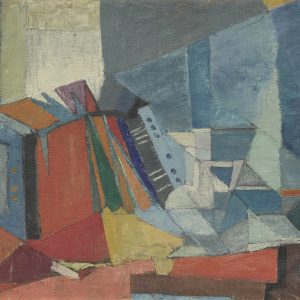 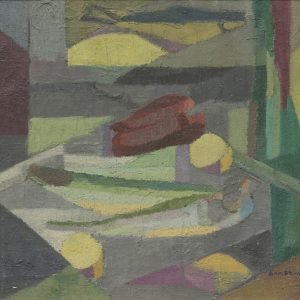 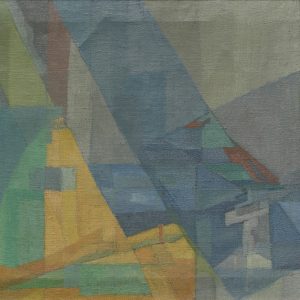 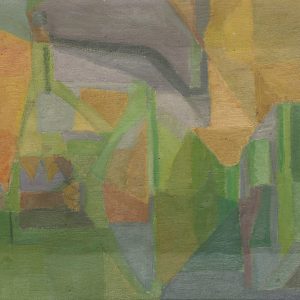 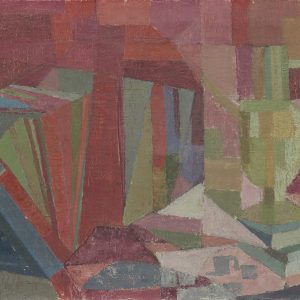 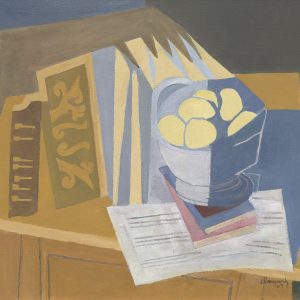 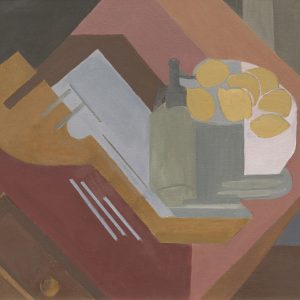 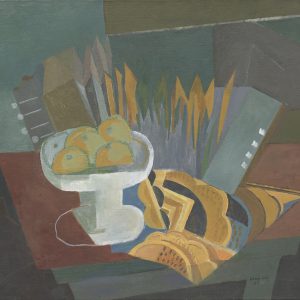 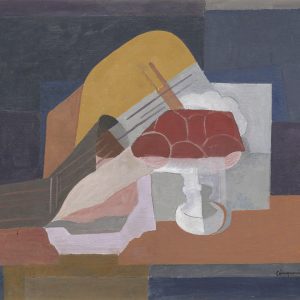 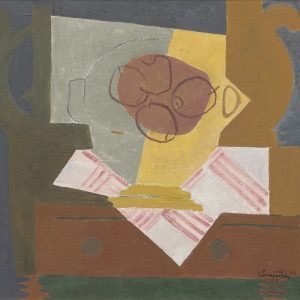 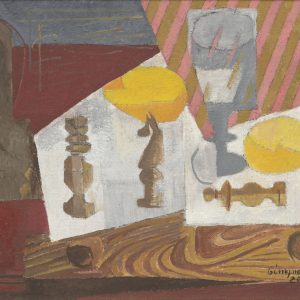 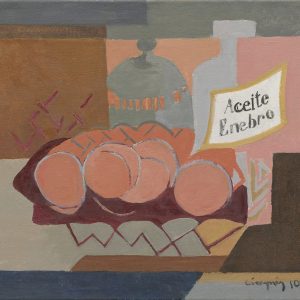 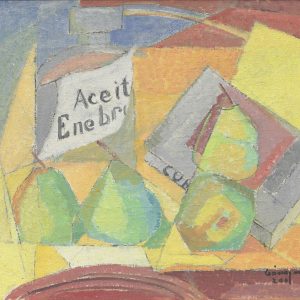 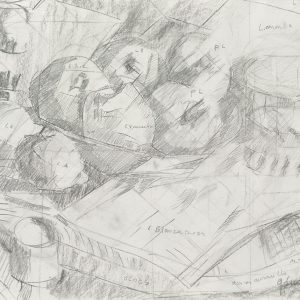 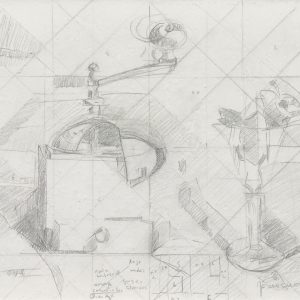 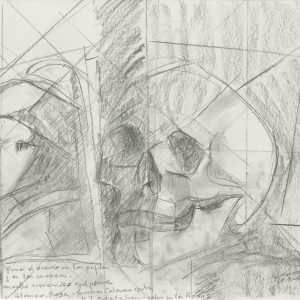