Three lines presents a series of works that focus on the visuality and visibility of certain elements: light, space, time, gravity, color. The works establish a series of tensions between the distinction and the fusion of its components, between the mixture of representational and abstract images, and between the confrontation of the subject and the spectator.

The exhibition introduces a sequence of drawings made with colored pencil that are structured from a series of measures intrinsic to the characteristics of the paper. As these pieces well denote, simple forms are the elements of Benson’s language and basic actions, such as leaving marks on a surface, his way of doing. In the same way we find a set of what the artist defines as ‘grid works’ or works in a grid, which, like those made on paper, are structured based on geometric patterns. In this case, the pattern, a series of perforations in the support, is in view of the viewer and changes every time the piece is installed in an exhibition

The work that closes the exhibition, or in a way, that opens it, Someone like you (pattern), consists of a series of life-size black and white photographs of a woman’s head in offset printing. 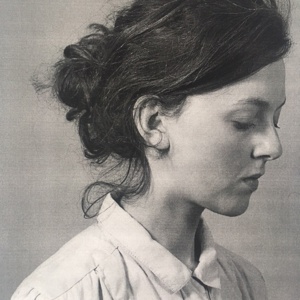 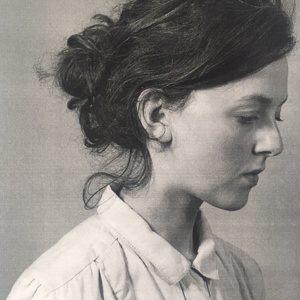 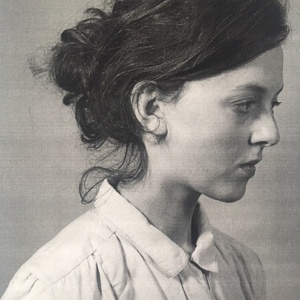 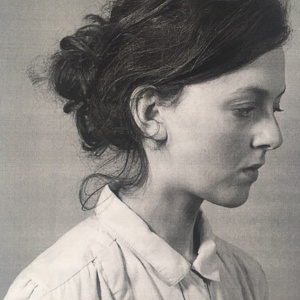 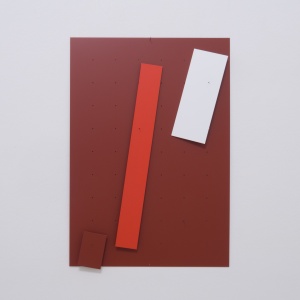 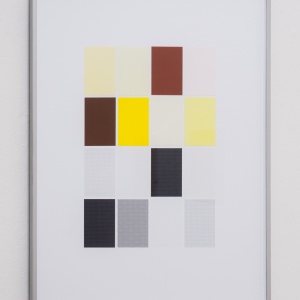 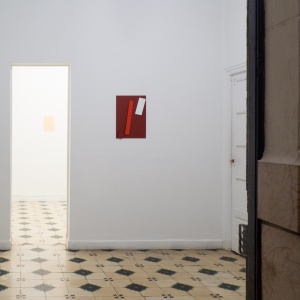 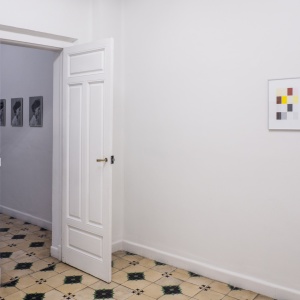 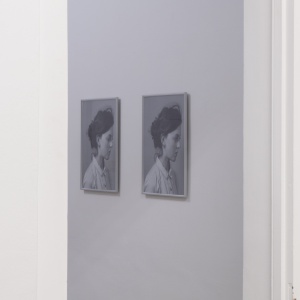 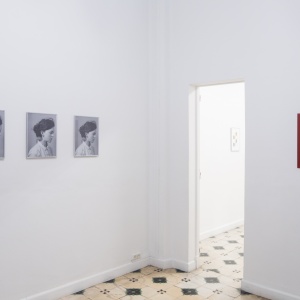 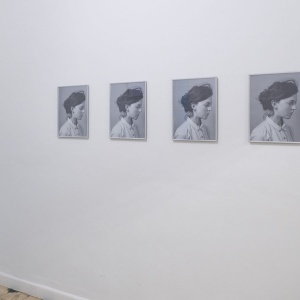